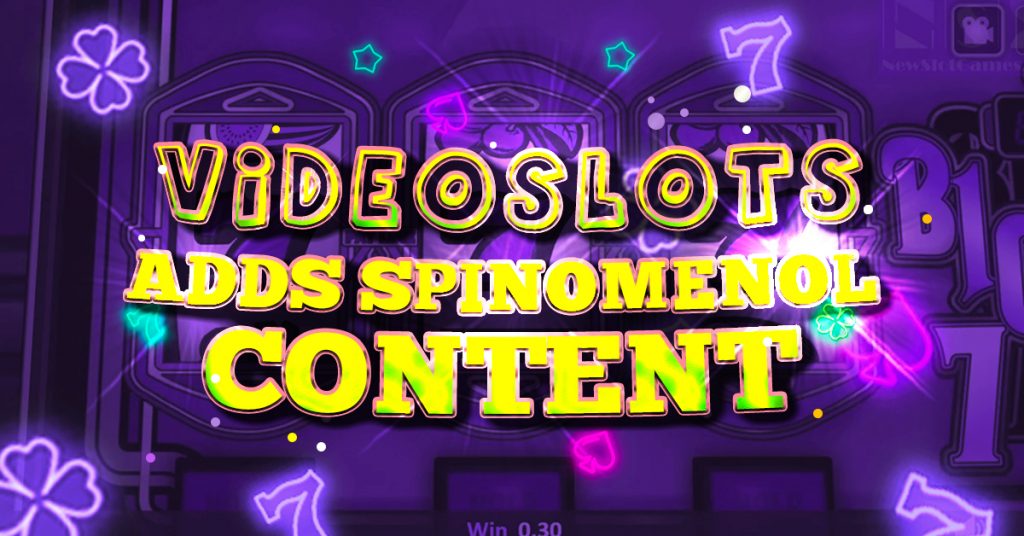 Videoslots has added another name to the growing list of content developers it includes in its online casino. The iGaming brand has integrated titles from Malta-authorized studio Spinomenal, expanding its online slot library to over 6,000 titles. Several popular online slot offerings have already been successfully added, and more games from the studio’s extensive library are set to be included in the coming weeks.

Videoslots players can now access the developer’s titles like Books of Skulls and the enormously popular Majestic King. The partnership between the operator and Spinomenal likewise covers the latter’s Story of the Samurai and Book of Rebirth titles, which will be included soon. Of the company’s agreement with Spinomenal, Videoslots Head of Commercials William Ahlberg said that Videoslots is excited to add the studio’s content to its broad selection of available titles.

Established in 2014, Spinomenal immediately laid a foundation for itself as one of the iGaming industry’s quickest developing game makers and providers. It has a portfolio of more than 180 titles that are accessible in a wide number of business sectors under the organization’s permit from the Malta Gaming Authority. Ahlberg added that Spinomenal’s emphasis on advancement makes the company an extremely engaging studio, with numerous players previously enjoying the supplier’s content across numerous European regions.

Videoslots recently completed the expansion of its library with the inclusion of its 6,000th online slot title, Play’n GO’s Agent of Hearts. The brand presented its 5,000th online slot this previous February, which makes its latest accomplishment more pronounced and outlines its aspiration to routinely extend its list of games. Remarking on their organization with Videoslots, Spinomenal CEO Lior Shvartz said that the company is eager to have their slots live with one of the business’ biggest operators and that this new combination is confirmation of the quality of Spinomenal’s content.