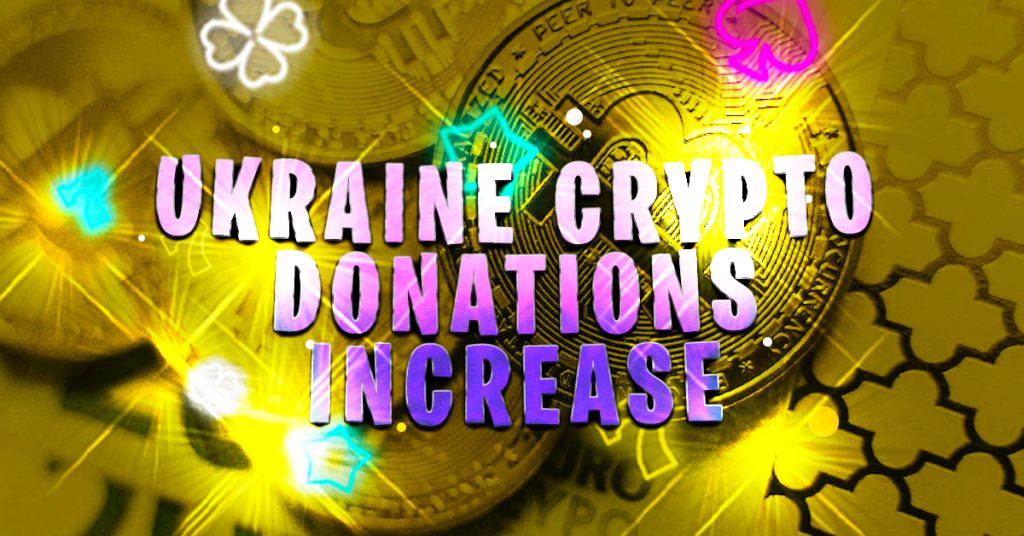 As cryptocurrencies like Bitcoin have risen in value, crypto donations to Ukraine’s government and other organizations have reached $52 million. This financial support is provided as Ukraine resists Russia’s military invasion, which began last Thursday.

Up to $35 million was raised by the Ukrainian government by Wednesday. The remainder was raised by organizations supporting the fight against Russia. According to Forbes, Ukraine is now accepting more cryptocurrencies. Forbes claims that the government has used $14 million of this amount.

The Ukrainian government issued a public appeal for digital donations Saturday, including mentions of Bitcoin and Ethereum. According to Forbes, digital wallets in Ukraine have received nearly 60,000 donations. These include different digital tokens like Tron.

A non-fungible token (NFT) has also allowed money to be donated. This unique digital artwork featured the Ukrainian flag. It was the largest sale of proprietary digital property, raising $6.5 million for the Ukrainian war effort.

The government has received approximately $7 million in NFT sales.

To raise funds for Ukrainian soldiers fighting the Russian army, a decentralized autonomous organization was created at the end of February.

This is happening as the Russian ruble’s value falls, reaching record lows in the last few days. It has fallen so much, in fact, that the currency of the video game Roblox, Robux, has more value.

Analysts believe that holders of the ruble may be looking for ways to move their money from Russia.