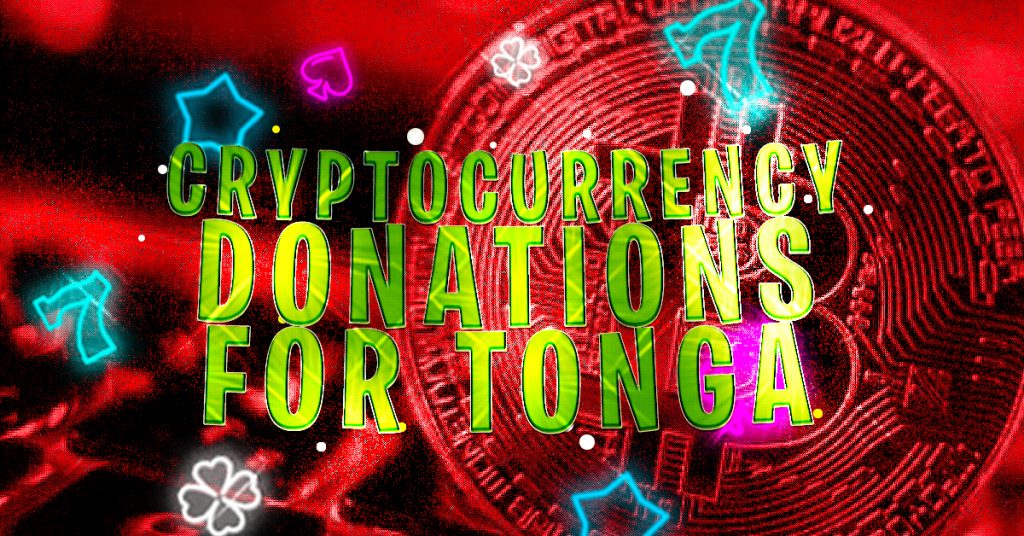 Tonga now accepts Bitcoin donations for relief efforts in the wake of the tsunami-like effects of a volcanic shockwave. After the initial eruption, more eruptions followed, leaving Tongatapu, Tonga’s main island, to confront a tsunami. Cryptocurrency may help them quickly recover from the destructive event.

Despite the hardships, crypto owners expressed sympathy and pledged to donate Bitcoin to support the relief efforts. Onair Blair, a Twitter user, asked Lord Fusitu’a, a former Tongan lawmaker, to create a wallet address so people could donate Bitcoin to Tonga’s relief fund.

Lord Fusitu’a replied with a BTC wallet account and a link to where people can donate fiat for the relief operations. Since Sunday, the address has received 0.10794983 BTC ($4,625.29).

Lord Fusitu’a told Coin Telegraph through of his plans to harness the geothermal energy produced from volcanoes in order to power Bitcoin mining operations. This would help the country’s finances. There are 21 volcanoes in the country. According to Lord Fusitu’a, each volcano generates 95,000 megawatts per hour, leaving plenty of power. This will be distributed to Tongan families.

The former lawmaker noted that the country was set to follow El Salvador’s decision to make Bitcoin legal tender. Lord Fusitu’a stated in a series tweets that this could occur as soon as November or December of this year.

It’s too soon to know how devastating the event was. Communication has been cut off and arriving on the island via water has been rendered almost impossible. The island has reportedly been split by the tsunami, and the number of casualties still isn’t known.