These are the top five comic book slots everybody enjoys 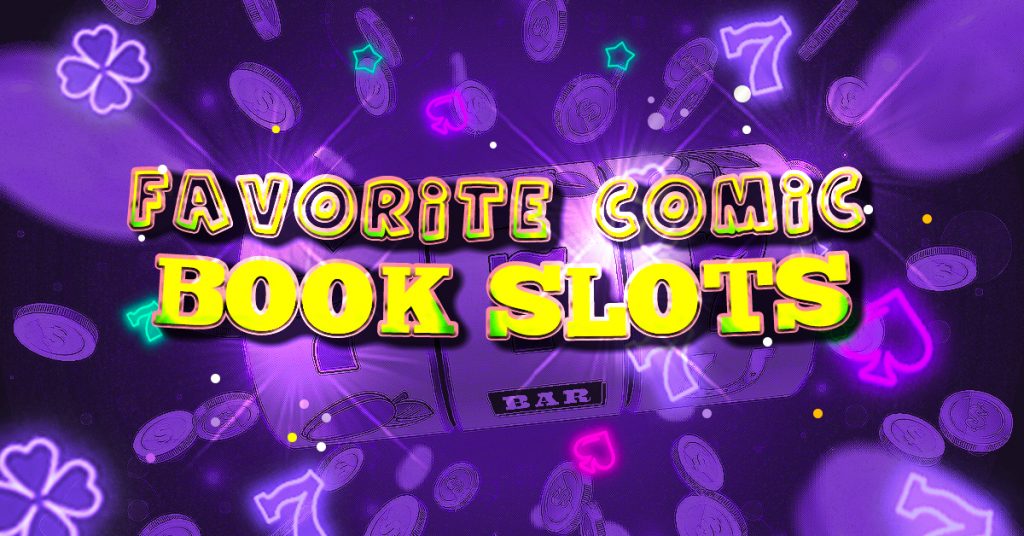 Comic-book themed games of all kinds have always been popular. This has been true of the casino industry, as well, and, most particularly, DC comics are some of the most sought-after in the world of slot machines. Comic books are now regularly featured as themes for online slot machines, with their creative action, impressive characters and villains, innovative stories.

Suicide Squad could be the all-time leader for comic book-themed slot machines. As the movie franchise continues to evolve, the online slot continues to receive more attention, as well. The Suicide Squad slot was developed by Ash Gaming and includes all the suspects that have made the franchise famous – Deadshot, Harley Quinn (played by Margot Robbie in the movie), the Joker (Jared Leto), El Diablo and Katana.

Right alongside Suicide Squad is a movie that franchise that is very closely related. The Dark Knight Rises served as the muse for Microgaming’s online slot that has become a huge success. Just like the movie, the slot machine offers a mysterious and edgy representation of its characters and plenty of chances to accumulate points. What makes the game particularly popular are its payouts – it offers 243 ways to win.

Justice League, also a DC Comic, inspired Playtech to develop a slot by the same name. While it was made successful due to its ties to the movie, the slot pays a lot of respect to the original comic’s premise and storyline. Players get to interact with Superman, Wonder Woman, Aquaman and Batman, as well as villains like The Joker and Cheetah.

Wonder Woman got her own slot machine when NYX Gaming rolled out its Wonder Woman game. The pays great homage to the incredible female superhero that is Wonder Woman. The warrior of truth and justice appears as a wild symbol and triggers free spins and double earnings. Like Justice League, this slot follows more closely the comic than the movie franchise.

No comic book list of any kind would be complete without Superman, and the Man of Steel has more than a few slot machines named after him. One of the most popular is the one that was inspired by the original Superman The Movie from 1978. It includes locked wilds and an interesting Crystal bonus game. With its progressive jackpot mystery prizes, this online slot machine is in a league of its own.