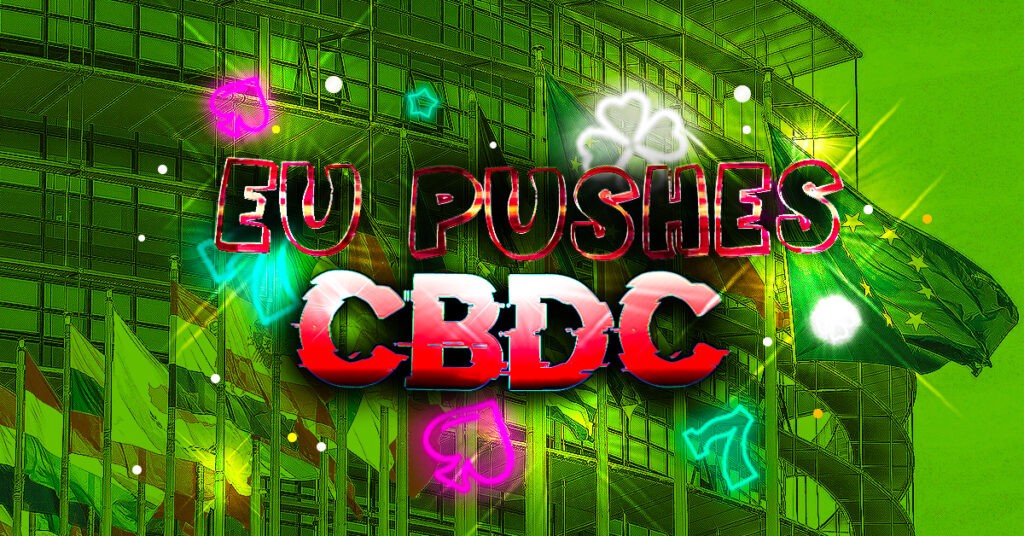 The European Union (EU) has given the cryptocurrency ecosystem a tepid response while, at the same time, understanding the value digital currencies offer. As coins like Bitcoin (BTC), Ether (ETH) and others flourish and gain more ground as an alternative to tangible fiat, the EU has acknowledged that it is exploring a central bank digital currency (CDBC), but admits that any implementation of the bank-led digital currency could still be years away. The European Central Bank (ECB), however, apparently doesn’t want to wait and could be trying to get EU leaders to speed up their efforts.

As China and other countries prepare to launch their own CBDC, the EU might be put at a disadvantage if it doesn’t take the matter of digital currencies more seriously. In addition, the ECB points out that, as EI countries and financial leaders continue to progress slowly on the potential launch of a CBDC, BTC and others – which it calls “artificial currencies” – will continue to gain ground as cross-border payment solutions. This, according to economists Massimo Ferrari and Arnaud Mehl, would push the EU further behind.

Christine Lagarde, the president of the ECB, said this past January that the EU is taking a serious but cautious and pragmatic approach to implementing a CBDC, or digital euro. She said at the time that it might take up to five years, but the new review could compel Europe’s governing bank to act quicker. The economists are concerned that, absent a CBDC issued by the ECB, a “small number of dominant providers” could control cross-border payments, reducing the EU’s dependency on the EBC and its network. It’s now up to EU leaders to determine if they want to take the matter more seriously or if they’ll allow independent digital currency solutions to take over.