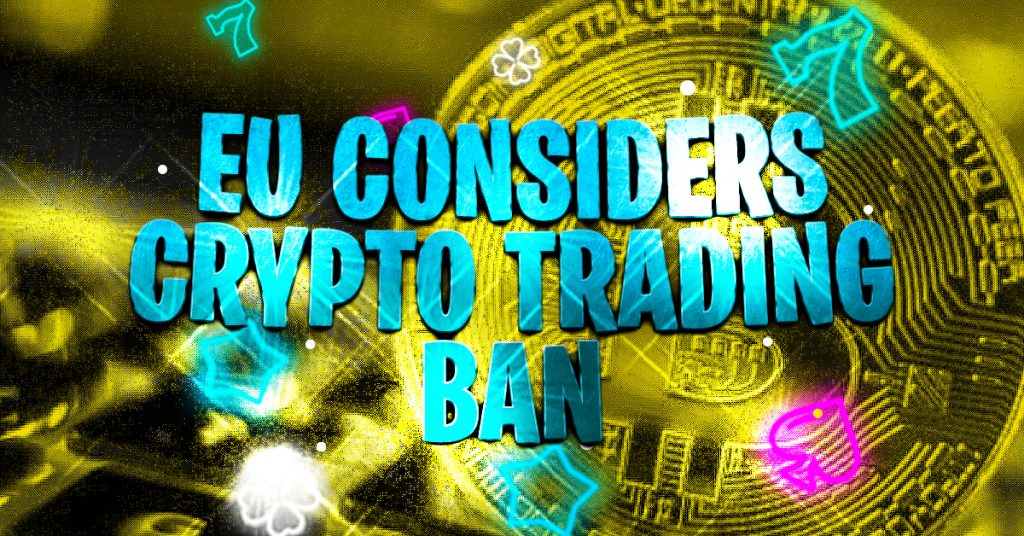 According to documents obtained by a Freedom of Information request, European Union (EU) officials debated banning Bitcoin (BTC) trading. The topic was part of a debate about a proposal to ban proof-of-work (PoW) cryptocurrencies, according to documents.

Netzpolitik, a German digital culture organization, published a report that suggested that EU officials considered the ban in order to reduce its energy consumption. From the perspective of the crypto community, the most concerning comments came from a document detailing minutes from an EU meeting that included a Swedish financial supervisor and an environment protection agency.

These officials suggested that regulators should press the Bitcoin community to change to a proof of stake (PoS) mechanism, instead of its energy-intensive PoW mechanism. Unidentified officials were also present in the discussion.

Unnamed speakers suggested that the EU could ban trading in crypto assets that use a PoW algorithm. Although the answer was not given in the document, it highlights the fact that the EU was considering such a drastic regulation.

The officials seemed largely unconcerned when discussing the possible impact of a complete Bitcoin ban on investors or retail traders. They claimed that all Bitcoin investors are aware of the downside risk.

This report is timely as Bitcoin’s energy consumption continues to attract attention from regulators and environmental organizations. According to the University of Cambridge’s Bitcoin Electricity Consumption Index, Bitcoin mining consumes approximately 139 terawatt-hours (TWh) of electricity each year. Compared to the amount traditional banks use, however, this figure is minuscule.

Chris Larsen, the co-founder of Ripple, joined forces with Greenpeace at the end of March to press Bitcoin to change its consensus mechanism from PoS to PoW. This is also what Ethereum plans to do later in the year.

Recently, the EU’s Economic and Monetary Affairs Committee voted against legislation that would have banned proof-of-work miners. These documents provide a unique insight into how far EU officials will go to combat mining-related energy consumption.

Although it seems that PoS cryptocurrency is safe from any regulatory action in the short term, Bitcoin mining will remain a contentious issue in the EU.