The Dubai police are now in the Metaverse - Slots.gg 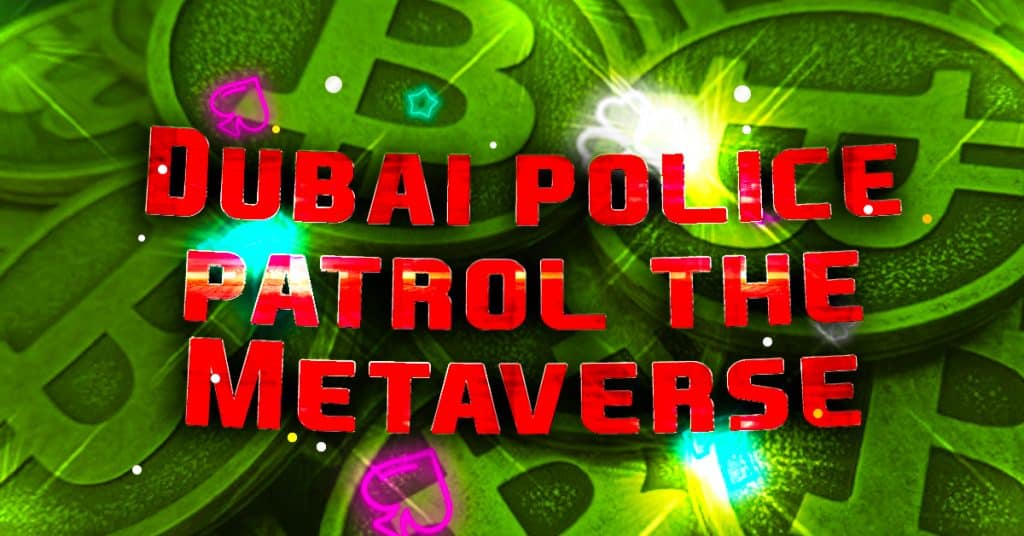 In 1992, the Metaverse made its debut in the tech scene with Neal Stephenson’s Snow Crash. This virtual world concept has become reality, growing to become a multi-billion-dollar industry. It is slowly gaining interest from major corporations around the globe, including from Dubai police.

Gitex Technology Week was a landmark event when Dubai’s Ajman Police General Command revealed the “Request For Sponsorship,” an innovative service that allows the public to contact authorities remotely.

The smart application allows police to establish a new communication channel through the virtual realm and is designed with 70 service staff. It supports seven languages, including Arabic, English, Chinese, Russian, French and German.

This is a further step towards United Arab Emirates’ goal to become a Metaverse hub to realize its all-digital economy. It’s a smart move, as the Metaverse’s market capitalization has already reached $38.5 billion this year. It is expected to rise even further as more users join programs and projects that use this new technology.

This industry is expected to grow to 400 million monthly users by 2022. A greater percentage of these users are willing to spend as high as $1,000 on advanced virtual reality (VR) gear.

Online shopping, gaming and content creation are the most popular applications in Metaverse. However, law enforcement is able to make use of the vast digital ecosystem provided by the Dubai Police.