Tether faces challenges as over $10 billion withdrawn since May - Slots.gg

Tether faces challenges as over $10 billion withdrawn since May 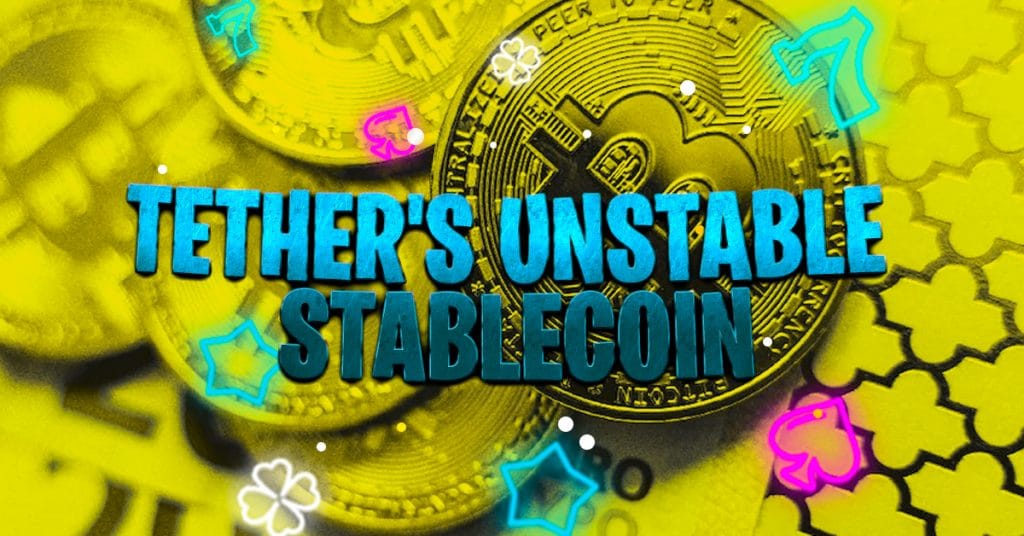 Since the crypto crash began in May, Tether, the multibillion-dollar stablecoin, has handed out $10 billion in withdrawals. The company’s withdrawal rate is steady, which means that it is dealing with a slow-motion banking run. Depositors are trying to move their money to safer stablecoins and other cryptocurrency options.

Public blockchain records show that $1 billion worth of Tether was exchanged. The cryptocurrency was then returned to the company, and it was destroyed in the withdrawal process. This happened just after midnight Saturday.

Three days prior, $1.5 billion was already redeemed in the same manner. Allowing for minor fluctuations in stablecoin’s price, the total amount withdrawn is now. It represents about one-eighth of the company’s entire reserves.

Tether’s latest audited accounts show that the company has backed user deposits with a mix of US Treasury bills and bonds in other private firms. There was also about $5 billion in miscellaneous investments, including in cryptocurrency enterprises.

Some have wondered if the accounts offer as much security for depositors as they seem. One FinTech analyst argued that if the company’s investments were in cryptocurrency companies lost value, it might have had difficulty matching customer deposits.

Tether initially claimed that its reserves were one-to-one backed by US dollars. After an investigation by the New York Attorney General, Tether admitted that this was not always true and stated that its currency was backed simply by “Tether’s reserves.” It also agreed to publish a quarterly report detailing the contents of those reserves as part of the settlement.

Paolo Ardoino, Tether’s chief technology officer, asserted in a statement that Tether had maintained its stability through numerous black swan events and highly volatile market conditions. He added that it has remained viable even during its darkest days, and that it has never failed to honor redemption requests from any of its verified customers.