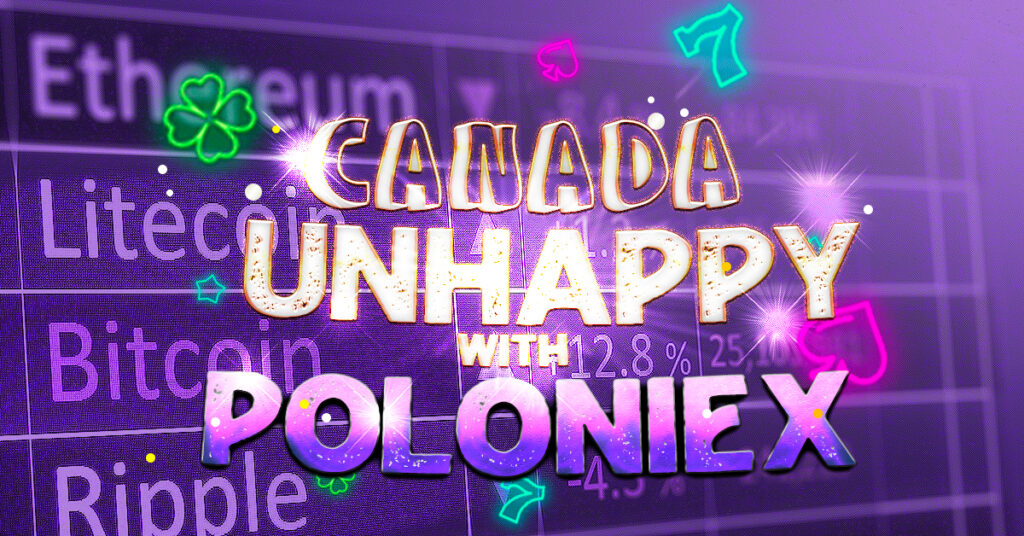 The Poloniex cryptocurrency exchange is facing problems in Canada and will have to prepare itself for battle. Securities regulators, citing new compliance measures just introduced in March, are accusing the company of violating Canadian securities regulations. The move comes after the Ontario Securities Commission (OSC) warned exchanges after the new compliance measures were introduced that the companies would be held more accountable for the activity.

Poloniex is based in the Republic of Seychelles, which has been supporting Canada in the current investigation. The Seychelles Financial Services Authority has provided key information and other assistance that will be a major component of the OSC’s actions. Poloniex isn’t registered with the Commission, yet it has targeted Ontario residents to provide crypto derivatives and securities.

After the new compliance measures were introduced, exchanges were given until April 19 to contact the OSC and explain how they were developing policies to adhere to those regulations. However, the Commission indicates that Poloniex next made contact, leading to the investigation and action against the exchange. The OSC wants Poloniex to stop trading all securities and derivatives and to possibly be prevented from becoming an investment fund manager in Canada. The penalties could be issued either on a temporary or a permanent basis. The exchange could also be forced to pay a fine of up to $825,900 (CAD$1 million) for each violation.

The OSC, in pointing out that Poloniex never contacted it, adds, “To date, more than 70 platforms have initiated compliance discussions with Canadian securities regulators. Almost a quarter of these platforms are based outside of Canada. Platforms that have contacted OSC staff appear to represent those that have the largest footprint in Ontario, based on preliminary analysis.”