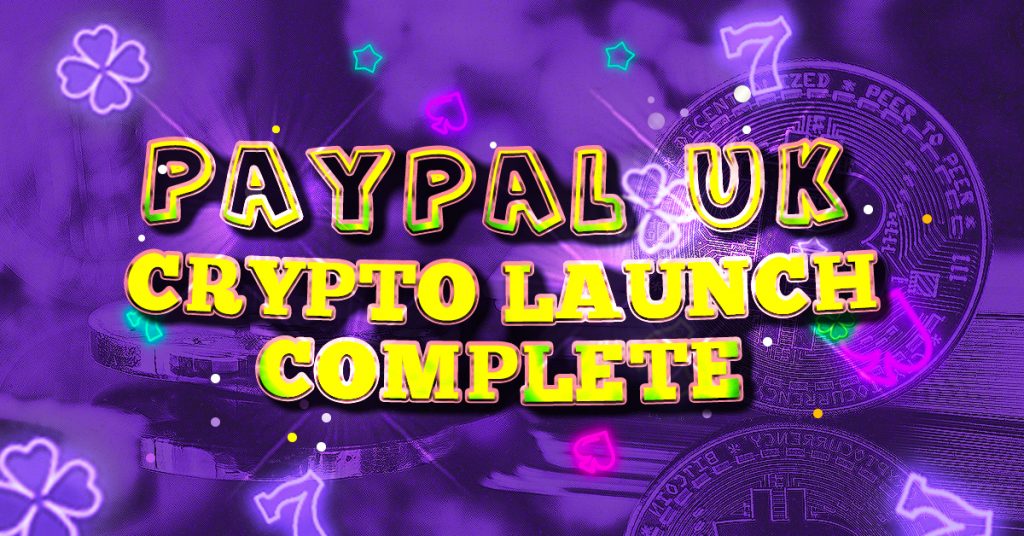 PayPal has completed its rollout of cryptocurrency solutions in the UK. The payments company said at the end of last week that it had finished the launch of its crypto capabilities in the country after beginning to introduce access to digital currency in late August. The launch in the UK marks the first expansion of the company’s cryptocurrency inclusion outside the US.

In a tweet on its official feed, PayPal said that all eligible customers in the UK now have the ability to buy, hold and sell certain cryptocurrencies, including Bitcoin (BTC), Ether (ETH), Litecoin (LTC) and Bitcoin Cash (BCH) right from their PayPal accounts. The organization’s site clarifies that the crypto service in the UK is given by PayPal (Europe) S.à r.l. et Cie, SCA, a credit firm managed by Luxembourg’s monetary controller, Commission de Surveillance du Secteur Financier. Nonetheless, the crypto administration isn’t managed by any regulators, including the UK’s Financial Conduct Authority (FCA).

PayPal further explained that the service, while offering several options, doesn’t yet allow users to send digital currency. It added that the purchases and sales are not reversible. However, the company plans on adding the ability to transfer to third-party wallets, although it hasn’t yet given a definitive time for that option to be included.

PayPal beginning talking about crypto access for US customers in October of last year. That was eventually made possible through a partnership with the Paxos Trust Company, a financial institution out of New York that focuses on blockchain innovation. Then, this past March, PayPal introduced its “Checkout with Crypto” and, afterward, added crypto access to its Venmo payment solution in March. Subsequently, in July, it increased its activity in the cryptocurrency space, hiring 100 new employees to work in digital currency-related positions.