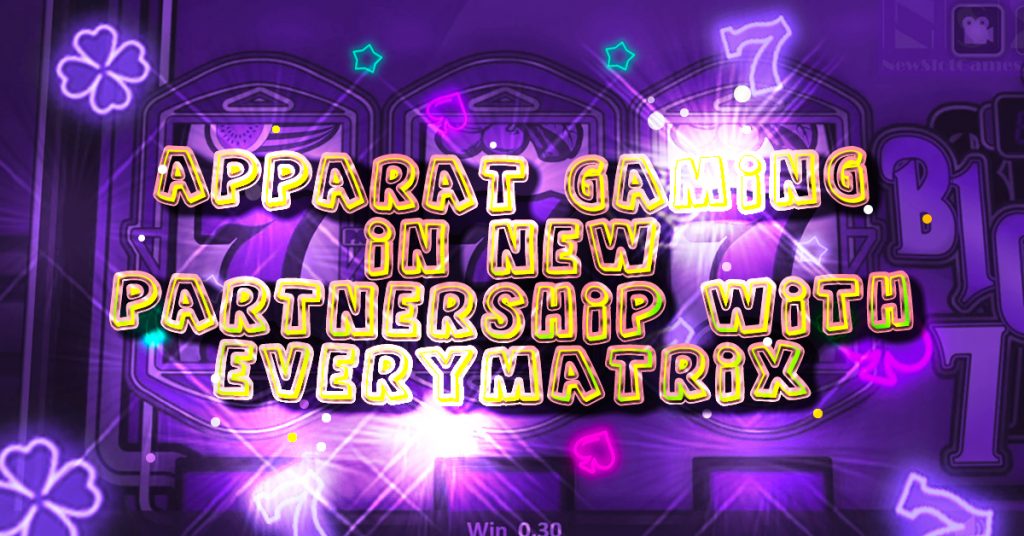 German slot machine developer Apparat Gaming has announced a partnership with EveryMatrix, a leading iGaming software company. It explained that its products will be available to EveryMatrix operator partners everywhere.

EveryMatrix is also one of the first content aggregators that have access to Apparat’s newest titles, 40 Sevens, and Total Eclipse. The partnership will also allow EveryMatrix to make future titles available for its partners, once they are developed.

Amund Stensland, the COO of CasinoEngine at EveryMatrix, acknowledged that Apparat’s unique approach to slot development and German accent products are already very popular. Apparat is also a strong addition to EveryMatrix’s growing portfolio partnerships. Stensland concluded that the collaboration would help the company consolidate its position as a top platform provider and game aggregator in the competitive iGaming marketplace.

Thomas Wendt, Apparat Gaming’s director and co-founder, said that the company was making a natural move to increase its presence in key markets. He stated that the company’s current collaboration will allow it to expand its game portfolio to key European jurisdictions. Wendt also predicted that the new partnership would maintain Apparat’s positive momentum.

The new deal with EveryMatrix complements Apparat’s continued growth. It follows the company’s recent agreement to integrate its slots into Hub88. This allowed Hub88 to expand its portfolio and increase the reach of Apparat’s products.