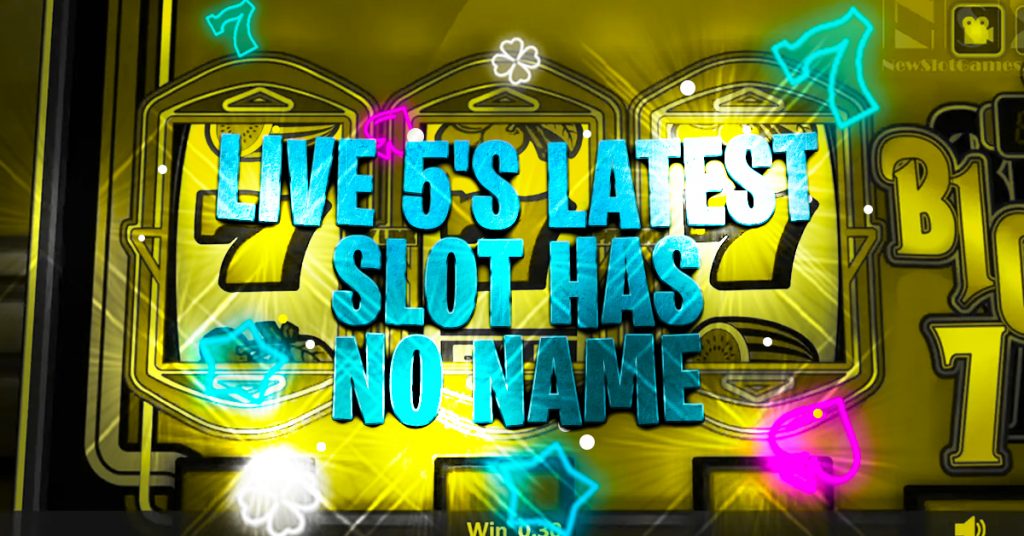 Live 5 has a new online slot machine that features the familiar Wild West theme. In addition, it allows players to be one of the most successful big win bounty hunters in The Game With No Name, which features the gaming supplier’s unique ReelzUp solution.

ReelzUp offers a top-level set of reel bands that cover the same reel matrix as the base game. The reels include a variety of bonus symbols that the player can hit. ReelzUp’s top reels are arranged from right to left. They come into play when a special trigger icon drops in the base game.

The Game With No Name lets players enter the saloon doors at the 5×4 reel, always-pay video slot, where they will be entered into a shootout unlike any other. The Base game features the standard reel matrix with cactus and heart symbols. Players will want to be alert for Wilds that can drop at any time to increase their win potential.

If players want to get the best reward, they will need to unlock the special bonus reel set above the standard reels. They must place the Revolver symbol on the middle of the reel to do this. As part of the ReelzUp Feature, this triggers the Revolver Shoot Out Bonus.

Randomly, players will receive one to six shots. The revolver will aim at the bonus reels that contain Extra Shots (Wilds), a Cash Prize Multiplier (between x1 and x100), Free Spins, and a Dynamite Symbol Reveal. When there are no more shots left in the revolver’s chamber, the feature will end.

Free Spins can see the Revolver land, and it does so more often than in the base game. This helps players to secure big wins.

The Game With No Name is at the highest end of the volatility scale with a return-to-player of 95.82%. Maximum win potential is 3,000x stake. It is available in more than 30 languages, and certified for launch in all key markets, including the UK and all Maltese Jurisdictions.