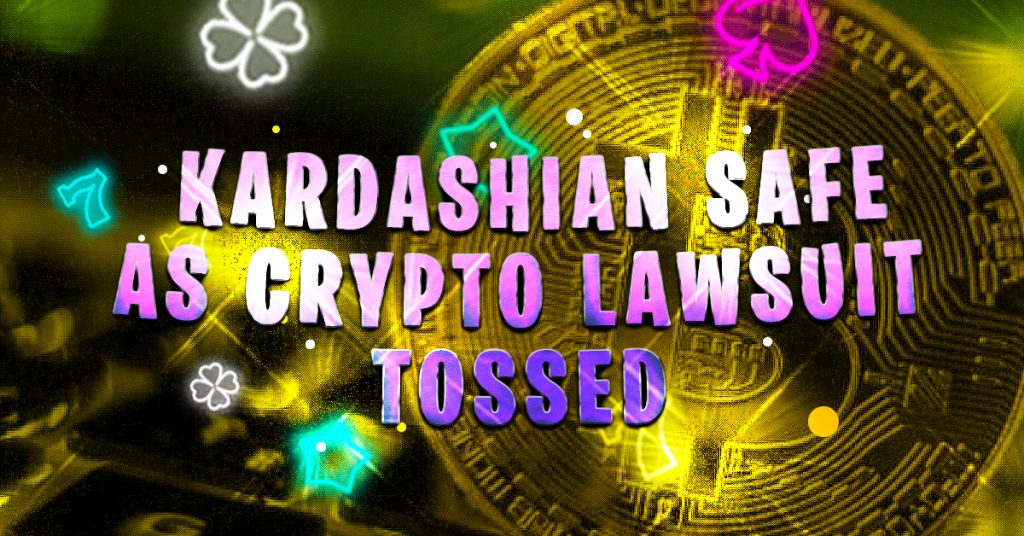 A federal judge has dismissed a proposed lawsuit filed against EthereumMax founders and celebrity endorsers, such as Kim Kardashian and boxer Floyd Mayweather Jr. who used social media to promote the EthereumMax cryptocurrency. It’s a temporary victory, as the suit could be refiled.

Investors who bought EMAX tokens allege they’ve suffered losses after taking the word of celebrity influencers about the value of the crypto. The suit claims that the defendants were involved in a conspiracy to artificially inflate the EMAX token’s value.

The judge overseeing the case, Michael Fitzgerald, called for a change in the law to help ensure that celebrities use their influence responsibly. Specifically, Fitzgerald noted cases in which celebrities with millions of followers marketed and sold snake oil to those followers without any consequences.

He found that the plaintiffs’ allegations were insufficiently backed. With the heightened pleading standards for fraud charges, this is not surprising.

The defendants in the case included celebrities such as Kardashian, Mayweather and former Boston Celtics star Paul Pierce, as well as Steve Gentile and Giovanni Perone, the co-founders of EthereumMax. Justin French, a consultant and developer for cryptocurrency, was also a defendant.

In his ruling, Fitzgerald said he would allow lawyers for the plaintiffs to refile their suit after amending some of the claims under a number of statutes cited in the original complaint, including RICO.

The investor lawsuit follows a month-long probe by the Securities Exchange Commission (SEC) into FTX, which was revealed in late September. The SEC allegedly found that celebrities, including NFL star Tom Brady made misleading promises to investors by touting crypto tokens as having a worth that was much higher than they actually did.

And the ruling came two months after Kardashian agreed to settle, paying $1.26 million and agreeing not to promote cryptocurrency in exchange for a three-year ban. The agreement was made in response to the SEC’s claims that she failed to disclose a $250,000 payment received touting EthereumMax on her Instagram account.