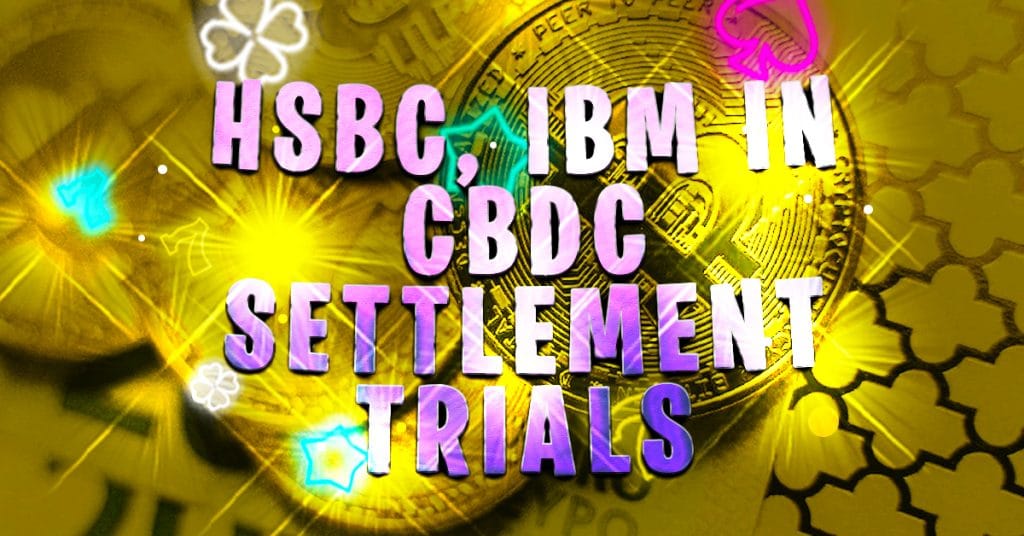 HSBC and IBM announced on Thursday the successful testing of an advanced token-and-digital wallet settlement between central bank digital currencies (CBDC) in a cloud environment. The transaction included transactions between CBDCs and forex. The distributed ledger that enabled the transactions was facilitated by IBM’s Hyperledger Fabric as well as enterprise technology provider R3 Corda.

As part of a series to establish a digital Euro, the central bank Banque de France oversaw the project. The pilot operation of the digital Swiss Franc/Euro was successful in the past, according to both the French and Swiss central banks. However, both financial institutions cited regulatory concerns as a reason for caution.

Mark Williamson, Managing Director of GFX eRisk at HSBC, explained that interoperability between different distributed ledgers was crucial in demonstrating how to save money, reduce market risk and improve security transactions between central banks, commercial bankers and the financial institution’s clients around the globe.

Likhit Wagle, the GM for global banking & financial market at IBM, added that the initiative will serve as a complete roadmap as central banks around the globe begin to investigate the potential of CBDC to increase transparency and security in financial transactions.

CBDCs are growing in popularity around the globe due to their utility as a way to counter the rise of stablecoins. Some view them as a threat to the financial system, but progress is already underway.

The Australian Reserve Bank’s Project Atom CBDC research revealed many benefits. The central bank of Kazakhstan reported positive results from its CBDC pilot program. The Eastern Caribbean CBDC has expanded to two additional countries, while Russia is prioritizing the development of a digital Ruble.