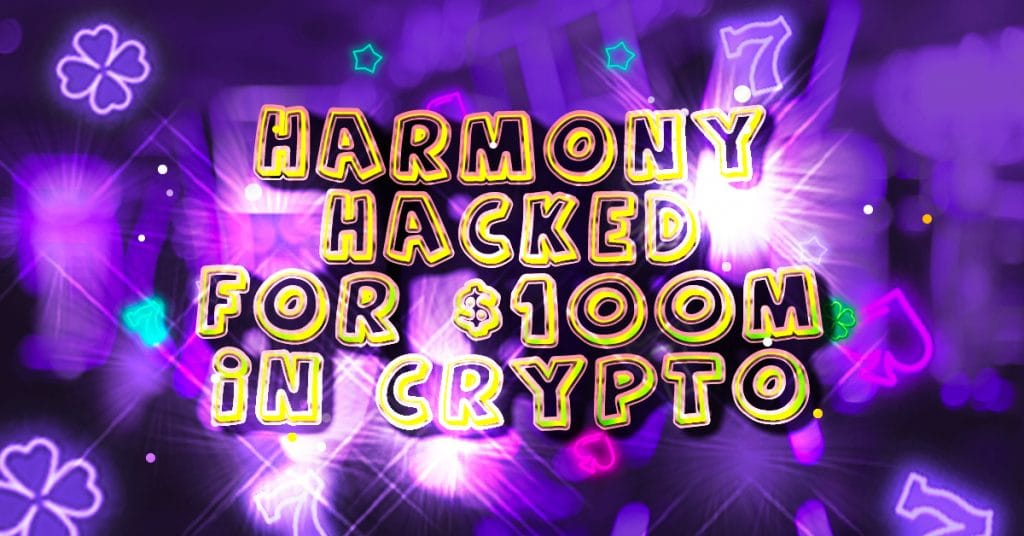 Hackers have stolen $100 million from cryptocurrency by stealing Layer 1 blockchain Harmony’s Horizon bridge. Harmony disclosed the hack in a tweet in the early hours of Friday morning. It revealed that it had detected a theft on the Horizon bridge, amounting to approximately $100 million.

The Harmony team is working with “national authorities” and “forensic specialists” in order to recover the stolen money. It followed up with a tweet stating that the FBI is working around the clock, as are multiple cybersecurity firms. The individual behind the theft has already been identified.

Wrapped Ethereum (WETH), SUSHI (AAVE), DAI, Tether, USDT and USD Coin (USDC) were stolen from the bridge and exchanged for Ethereum. Harmony said it had stopped the Horizon bridge in order to stop further transactions and that the exploit did not affect its trustless BTC Bridge.

The company added that it is confident that assets and funds stored in decentralized vaults are secure at all times. According to CoinMarketCap data, Harmony’s One token plunged more than 10% in the past day and is currently trading hands for $0.02485 after falling to $0.02342

Harmony is a blockchain platform that aims to resolve the blockchain trilemma of security, decentralization and scalability. Cross-chain Horizon allows crypto holders to move freely between Harmony’s network, the Ethereum network and Binance Chain.

This latest exploit is part of a string of attacks that have taken hundreds of millions from cross-chain bridges over the past months. Qubit Finance’s bridge was breached in January for $80 million. The Wormhole bridge was then breached for $320 million a month later.

However, both hacks were dwarfed by Axie Infinity’s March 2022 hack on Ronin bridge. It drained $622 million in Ethereum and USDC.