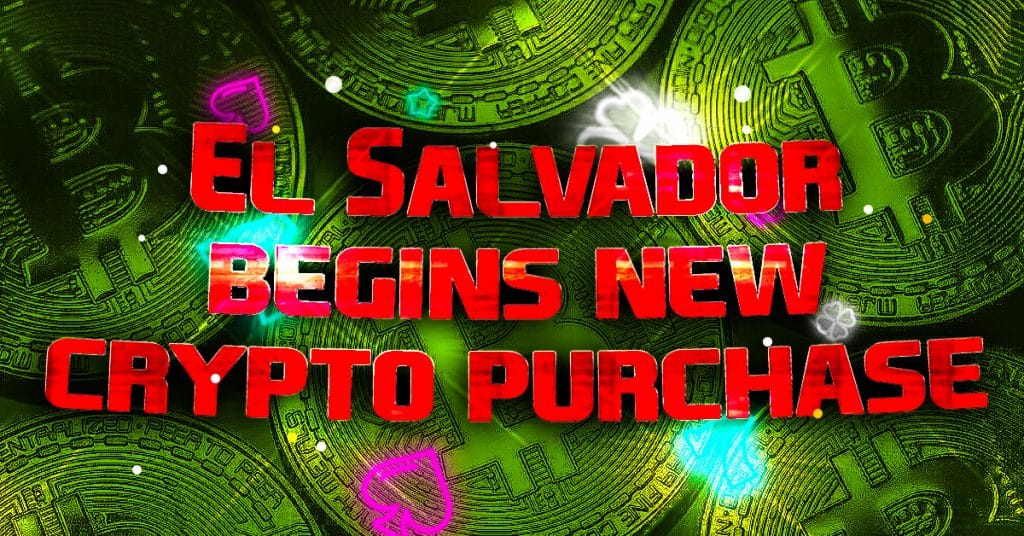 On Thursday, Nayib Bukele, the president of El Salvador, said that his country would start purchasing one Bitcoin (BTC) per day starting tomorrow, Friday, November 18. This announcement comes as cryptocurrencies are under constant price pressure due to a liquidity crisis on the crypto exchange FTX.

In a tweet, Bukele confirmed the purchase, coming at a time that BTC’s price is around $16,523. This is approximately 73% lower than it was a year ago when it was approximately $65,000.

The announcement found support in the crypto community. Justin Sun, the founder of the Tron cryptocurrency network and Grenada’s ambassador on Thursday, said that he would begin purchases one BTC a day, as well.

El Salvador was the first country to adopt bitcoin as legal tender in June 2017. The debt-ridden nation has purchased 2,381 BTC since then. The International Monetary Fund has urged El Salvador to abandon its plan to make BTC a legal currency and called for strict regulation of El Salvador’s ewallet, but the Latin American country has ignored the calls.

Last week saw massive sell-offs in cryptocurrencies, including BTC, Ethereum and Polygon. Some fell as much as 16% within 24 hours. This was spurred by the scandal involving FTX, a major cryptocurrency exchange, which has filed for bankruptcy. Other exchanges and companies in the ecosystem are close to doing the same.

Bitcoin fell 16% in the wake of the fiasco on November 10; Ethereum and XRP dropped around 12%. Polygon is down, as well, losing about 7%.