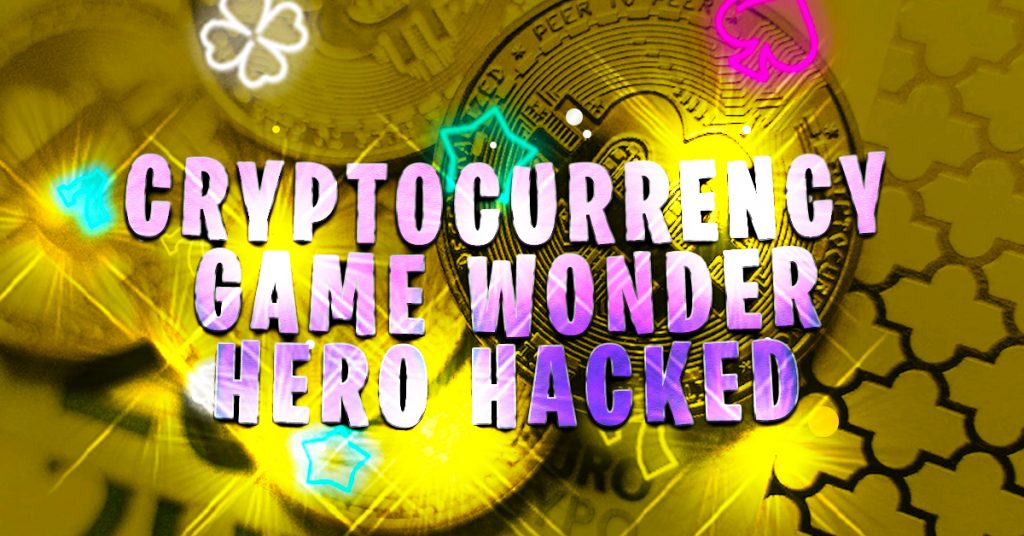 After hackers stole $320,000 worth of Binance Coin (BNB), the operators of crypto play-to-earn site WonderHero have deactivated the game. WonderHero’s coin, WND, was also affected by the attack, which caused it to drop more than 90%.

WonderHero is a popular game where players can earn revenue through gaming in cryptocurrency and NFTs. It currently has around 11,000 users. On Thursday morning, PeckShield, a blockchain analysis firm, notified WonderHero that a hacker had attempted to exploit the platform. WonderHero immediately disabled the game and its site before telling users that it knew of the drop in WonderHero’s coin price.

The company posted a blog on Thursday afternoon that confirmed that hackers had stolen a total of 750 BNB, after having mint 80 million WND. PancakeSwap, a cryptocurrency mixer, received the 750 Bitcoin.

They said that the attack was against their cross-chain bridging withdrawal. A cross-chain bridge, also known as a Blockchain Bridge, allows people to transfer tokens and assets between blockchains. In recent months, they have been a target for hackers and have suffered losses of millions of dollars due to exploits in bridges.

WonderHero stated that they would work to repair the cross-chain bridge breach, before auditing the whole system and creating a contract for WonderHero’s coin. Based on the snapshot taken before the attack, they said they would airdrop WND tokens to users.

The company also said they also intend to compensate liquidity providers, but that the timeline for recovering services will be revealed at a later time. They also stated that they plan to establish a bug bounty program in order to find other vulnerabilities. The company advised users not to trade until the new contract was issued.

This attack occurred just weeks after Axie Infinity was hit with an attack that saw hackers steal approximately $625 million worth of cryptocurrency.