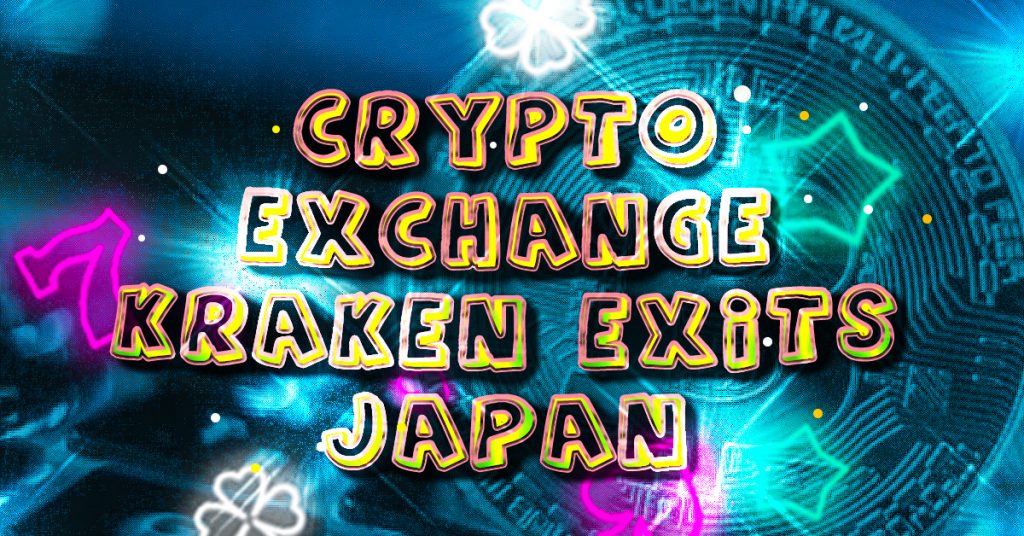 Global cryptocurrency exchange Kraken has decided to stop its operations in Japan for the second time, citing pressure on its infrastructure amid a weak market. Deposits will be stopped as of January 9, but business operations such as trading will remain.

In a December 28 blog post, Kraken said it has decided to stop operations in Japan and register with the Financial Services Agency from January 31, 2023. It added that this is part of an effort to prioritize infrastructure and investment, and that Japan is currently not offering a “feasible” market.

Kraken’s Japanese exchange is operated by Payward Asia Inc. The subsidiary operated in Japan from 2014 to 2018, before withdrawing in April 2018 to improve its assets and the growth of other regions.

In October 2020, the subsidiary reopened its headquarters in Tokyo, offering spot business and five major assets. The second phase is now complete, with Kraken committed to allowing all customers impacted by the closure to withdraw their funds from the exchange before the deadline.

Users can withdraw their holdings through an external wallet or exchange them for Japanese yen and transfer them to a local bank account. The withdrawal limit will be lifted in January and Kraken will create a process for users to retrieve their staked Ether tokens, which will be shared soon.

At the end of November, the exchange announced that it had made one of its most difficult decisions when it began reducing its global workforce. It let go around 1,100 employees, or about 30% of its staff, in response to what it was were increasingly difficult market conditions.

The exchange said a reduction in trading volumes, as well as new customers, contributed to the decision to cut expenses. It added that that the reforms were necessary to allow long-term survival of the business.