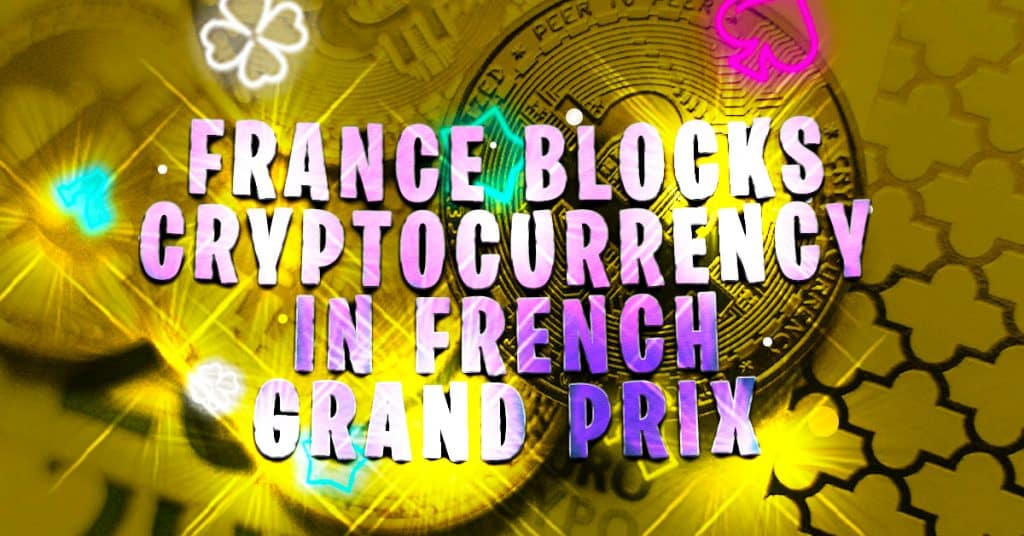 While the cryptocurrency sector is growing in popularity, some countries’ authorities remain skeptical about their direct advertising to consumers. France is one example of a country where strict regulations apply, as evidenced by the recent French Grand Prix.

France has been home to some of the strictest anti-tobacco and -alcohol laws in Europe for many years. The Williams team found this out in 2018. That year, it revealed that it had to remove all Martini branding for this race as well as during transit through France between the previous and the next races.

The word is that things will get more complicated. There are already talks of EU-wide bans for certain platforms and cryptocurrencies being sold. Teams will need to be more careful when choosing crypto partners.

All ten of the participating teams are currently involved in some type of partnership with crypto players. Some teams may have more than one partner.

The Alfa Romeo team has partnered up with crypto lender Vauld, and the meme coin Floki (FLOKI), while Red Bull Racing has partnered with the Tezos ( XTZ ) network and cryptocurrency exchange ByBit. McLaren is also a partner of Tezos.

A spokesperson for Crypto.com, a crypto exchange that is partnered with Aston Martin and F1, said that the company opted out of exercising its branding rights during the French Grand Prix. He added that Crypto.com is still F1’s global partner, and that the company expects to be able to exercise its rights in future races.

According to the spokesperson, this also applies to Aston Martin’s partnership with the company.