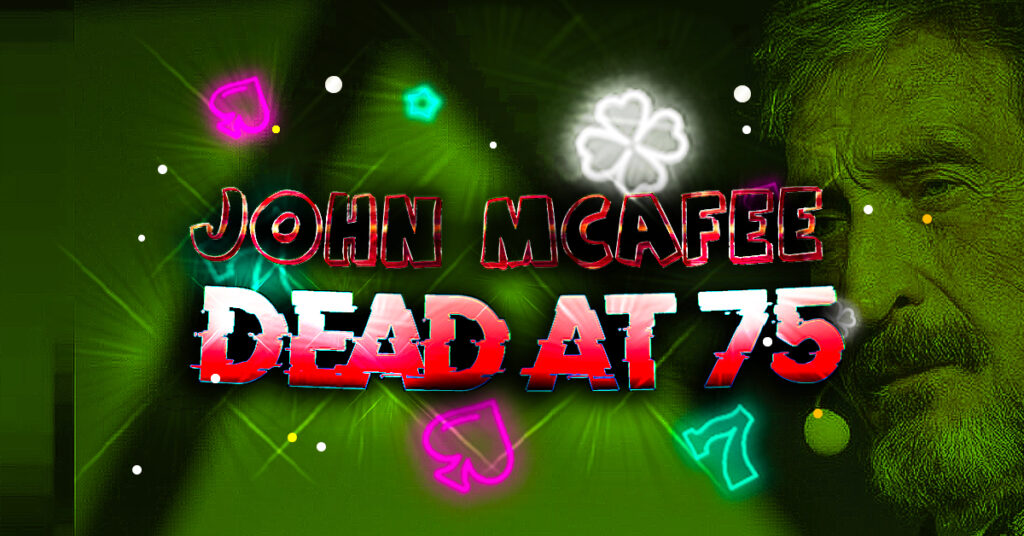 John McAfee was a colorful individual. He was the founder of the popular computer security software company that shared his name, a flamboyant cryptocurrency personality and a potential Presidential candidate. After selling his company and becoming involved in a number of different projects, McAfee began running afoul of law enforcement in several countries before the US Internal Revenue Service (IRS) began looking for him. It finally caught up to him as he was visiting Spain, but he will never return to the US to be judged for alleged tax evasion. Hours after the extradition order was signed by a Spanish court judge, McAfee was found in his prison cell, dead from an apparent suicide.

At 75 years old, McAfee has definitely left his mark on the cryptocurrency community. He was involved in several cryptocurrencies and blockchain-based gambling sites, and was allegedly paid millions of dollars to make appearances. This was one of the issues the IRS had with him, as it said he failed to pay taxes from 2014-2018. If he had been extradited to the US on those charges, McAfee would have had a difficult time denying the claims, as he admitted several times while traversing the globe that he willingly refused to pay taxes.

The details of his death haven’t been released yet and it can only be rumored that he died of suicide. McAfee had repeatedly said that he would never return to the US and, last October, even hinted that suicide might be in the cards. It was then that he tweeted from the prison in Barcelona, “I am content in here. I have friends. The food is good. All is well. Know that if I hang myself, a la Epstein, it will be no fault of mine.”