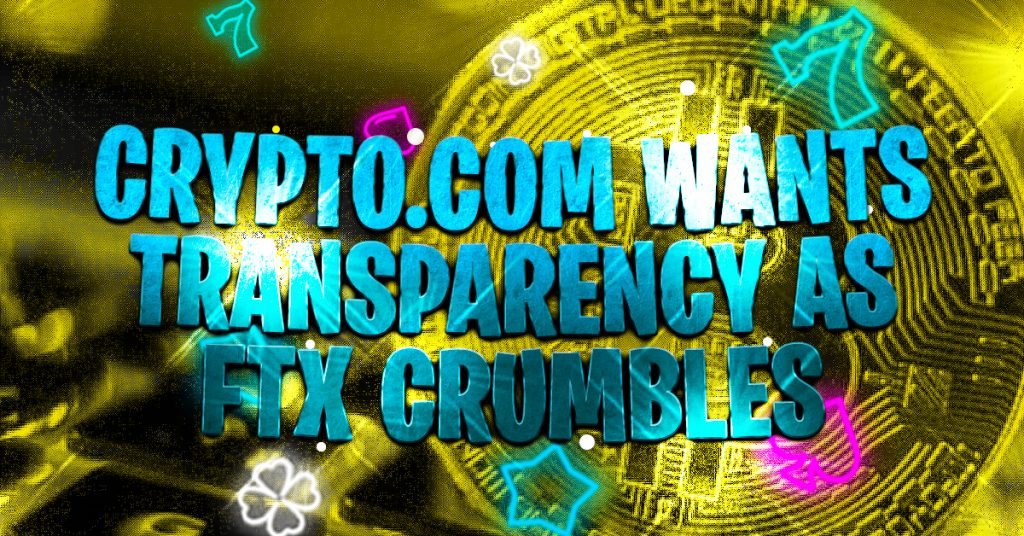 Crypto.com is now the latest cryptocurrency company to promise to release a full audit of its reserves in the wake of the demise of rival FTX. Kris Marszalek, the CEO of the exchange, hopes adding transparency will help calm cryptocurrency investors’ nerves.

After the FTX liquidity fiasco, crypto companies have been encouraged to publish Proofs of Reserves. Changpeng Zhao, the CEO of Binance, on November 8, pledged to launch a Proof of Reserves audit to provide insight into its reserves.

The Crypto.com CEO spoke up after the exchange suspended withdrawals of USDC or USDT from the Solana network on November 9. Crypto.com reportedly notified users in an email that same day, according to Twitter posts, of an immediate suspension of UDSC and USDT deposits and withdrawals on Solana.

The email stated that customers could withdraw USD Coin or USDT at their convenience using other supported networks such as Cronos and Ethereum. It also suggested that no other named network had been affected due to “recent industry events.”

The exchange stated that any unreceived deposits from these two tokens more than Solana will not be refunded without any fee for the following two weeks. But they declined to give further information.

The crypto markets have been in a frenzy for the last 96 hours due to the collapsed crypto exchange FTX. Then, on October 8, a surprise turn of events took place when Binance’s CEO revealed that his company had signed a non-binding Letter Of Intent to fully acquire FTX.com and help with the liquidity crunch.

The CEO said that nothing was finalized, and they were constantly evaluating the situation and had the option to “reject” the deal at any point. However, less than 48 hours later, it withdrew completely from the agreement.