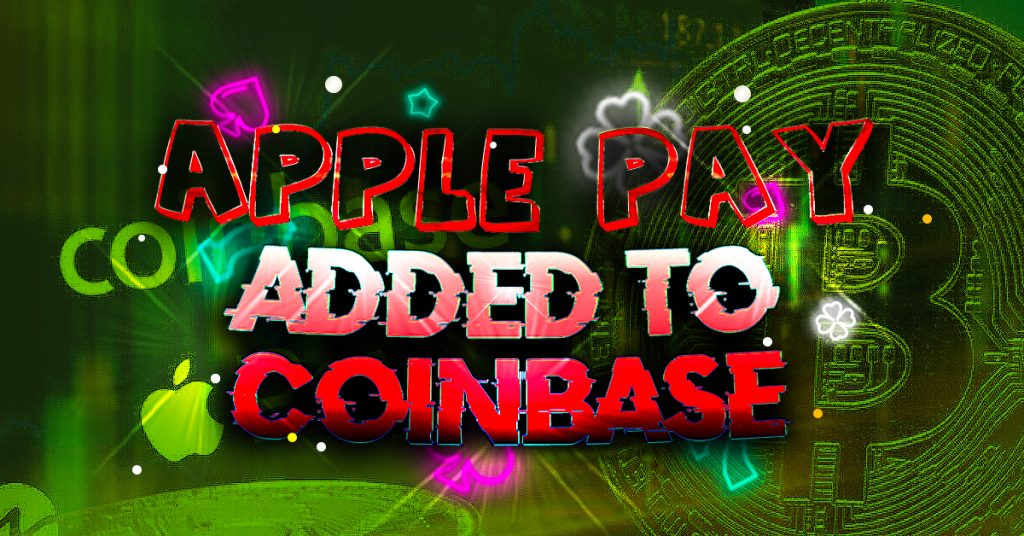 The cryptocurrency exchange Coinbase announced today that users of the platform are now able to purchase digital currency and other digital assets using Apple Pay. It marks a significant advance for the interaction between fiat and cryptocurrency, with Coinbase adding that it will be adding Google Pay integration possibly sometime later this year. This follows a similar move made by digital asset exchange Gemini in April when it integrated Google Pay and Apple Pay cash transfer options.

A blog post on the Coinbase website broke the news, explaining that the exchange is offering “new and seamless ways” to purchase digital assets using Apple Pay and, soon, Google Pay. Linked debit cards facilitate the purchase, and Coinbase is also going to allow instant withdrawals of up to $100,000 per transaction. Users who have a Visa or MasterCard debit card linked to their Apple Wallet will automatically see the Apple Pay option appear as a form of payment when making purchases on any iOS device or Safari browser that supports the service. Google Pay is expected to be added during the fall.

In the same post, Coinbase stated that it is now allowing instant withdrawals via Real-Time Payments (RTP). This currently allows customers in the US, provided they have a linked bank account, to “instantly and securely” cash out a maximum of $100,000 per transaction. Additional access is expected to be added elsewhere as Coinbase continues to expand.

Coinbase is now trading publicly under the ticker symbol COIN on NASDAQ. It has continued to develop its operations over the years and has been working with financial regulators to ensure it meets compliance policies. COIN was trading at $227.72 this past Tuesday and is now at $259.25 as of 10 AM today.