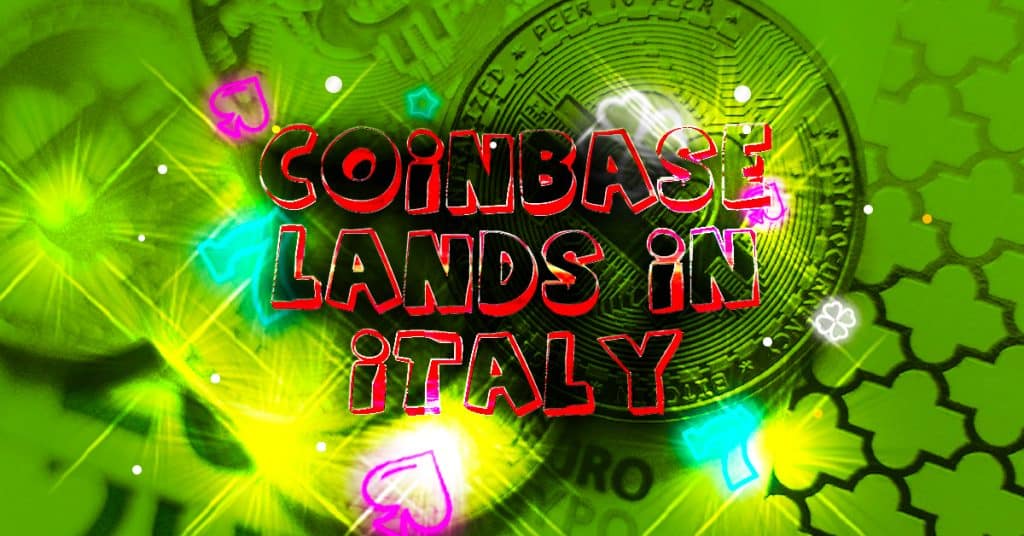 Cryptocurrency exchange Coinbase continues its aggressive European expansion. It has been approved to offer crypto services for Italy.

Coinbase has announced that it received the approval of Organismo Agenti e Mediatori (OAM), the Italian Anti Money Laundering regulator. Nana Murugesan, Coinbase’s vice-president of international and commercial development, posted that the approval will allow Coinbase to continue to offer cryptocurrency services and to launch new products in Italy. Murugesan added that Coinbase has dedicated hubs in Ireland, Germany, and the UK.

Murugesan stated that the company is working to strengthen its presence in Europe. He also said that registrations and license applications are being made in several markets, in accordance with local regulations. Murugesan stated that Coinbase’s goal was to increase its customer base through the launch of the Coinbase suite, which includes retail, institutional, and ecosystem services in all of these markets.

Coinbase isn’t the first cryptocurrency exchange to be approved by the OAM. The regulator approved Binance’s crypto exchange in May 2022. This allowed the firm to move to Milan.

This approval is in line with Coinbase’s strengthened expansion efforts in Europe. In June, the exchange stated that it was working hard to expand its presence in Europe because of the ongoing cryptocurrency winter. Murugesan stated that the company plans to register in several European countries, including France, Spain, France, and the Netherlands.

Coinbase’s European expansion plans were announced shortly after the company cut its staff by 18% in mid-June, citing the economic recession.