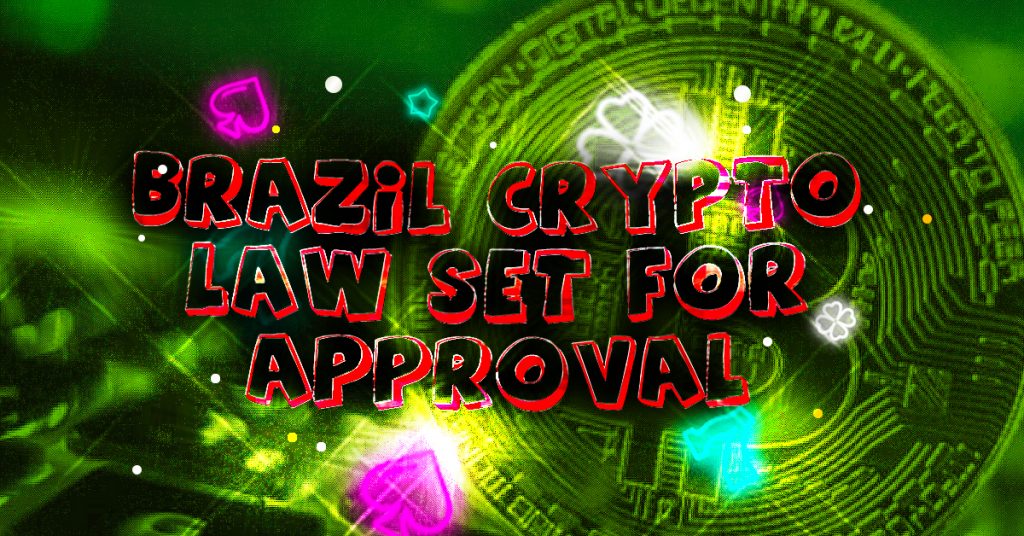 The Chamber of Deputies in Brazil could approve a cryptocurrency bill that was introduced earlier this year. Ricardo Barros, the leader of the Federal Government in this chamber, said that the bill will be debated, although there are no reports about a vote. The chamber is also expected to discuss other time-sensitive bills.

Brazil is closer to regulating virtual asset service providers (VASP) and cryptocurrency assets. Along with other time-sensitive bills, the cryptocurrency bill will be dealt with this week. Barros made the report, adding that the bill can be voted upon this week.

Local media reports that the cryptocurrency bill could be presented to the Chamber of Deputies this weekend for review by them. The history of this project in Brazil has been somewhat complex. The current bill is the result of the mixture two different projects. This was done as part of the work by its proponents, who wanted to approve this year’s crypto-centric law.

In April, the Brazilian Senate approved the project. It aims to regulate cryptocurrency exchanges through one regulator. The project also legalizes cryptocurrency mining and provides tax exemptions for institutions that use 100% renewable energy to establish mining farms.

The cryptocurrency bill project’s deputies stated in interviews that the main motivation behind the law was to penalize cryptocurrency scams in the country. The project defines a new type of cryptocurrency-related crime, and imposes severe penalties on individuals and businesses involved in this crime.

Brazil is currently in pre-election mode with the October 2 presidential ballot. Therefore, Congress may not address sensitive issues to avoid shifting the electorate.

If the cryptocurrency bill is approved and voted on, it will need to be sent to President Jair Bolsonaro for final approval. Other important laws will be discussed by the Chamber of Deputies this week, including a bill on remote work.