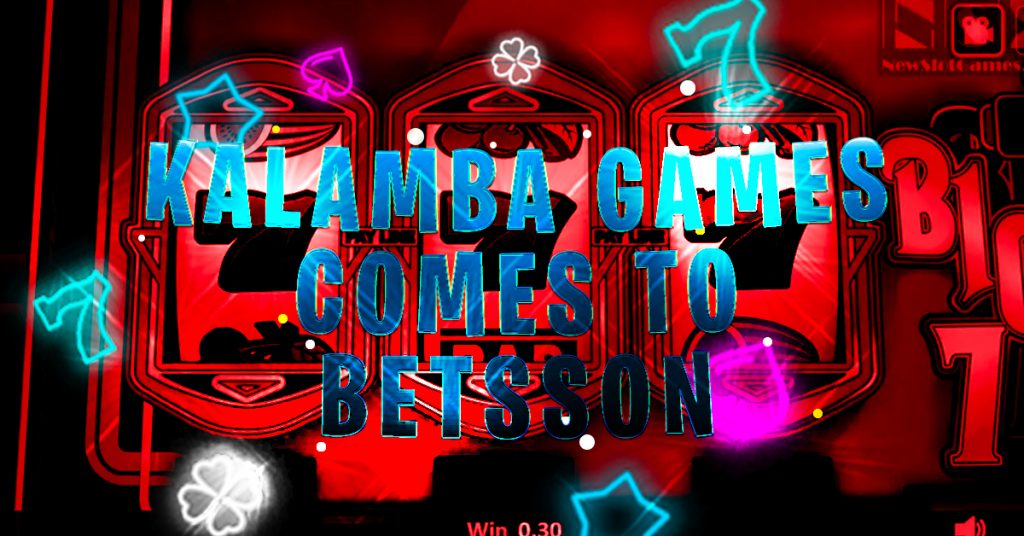 Kalamba Games has partnered up with Betsson Group, a Swedish operator that offers online slots. Kalamba’s current slot portfolio includes 50+ games, each of which includes innovative features and narratives.

The deal makes a variety of titles from the Krakow-based games studio now available to Betsson Group’s 20 brands, including Betsson Group’s Betsafe, Nordicbet and Casinoeuro. This will significantly increase its visibility in key European markets.

Kalamba’s content can be accessed by more than 400 operators via its Bullseye RGS platform. It also offers partner aggregation platforms. It was founded in 2016 and has since grown to be a leading content and technology provider. In addition to its remote gaming server (RGS), Kalamba has also developed the Stargazer analytics platform and a variety of promotional tools.

This partnership is the latest in a long-term growth strategy for the provider that has seen it obtain certifications in Spain, Portugal and Italy, as well as other European countries. It makes its content and services accessible to a growing number of clients in key markets.

Recent launches by Habanero Systems, a provider of table and slots games, and Betsafe, an online bookmaker and casino, were part of the Betsson Group’s flagship brands.

This March’s arrangement builds on a partnership agreement between Habanero and the Stockholm-based group. At the time, Habanero integrated all 56 of Habanero’s Italian-certified slot machines and table titles with StarCasino via iSoftBet’s Game Aggregation Platform. Since going live in March 2020, the partnership has gone from “strength to strength” in Italy.

Betsson Group is not only a success story in Italy but also has an alliance with Habanero that extends to the Baltic Region and beyond across Central and Eastern Europe countries (CEE). A March 2022 deal shows the “excellent relationship” between these two companies.

Kalamba entered into a licensing agreement earlier in the month with Big Time Gaming, an Australian developer. This allows Kalamba to incorporate its Megaways into its new releases and enhance its diverse game selection.